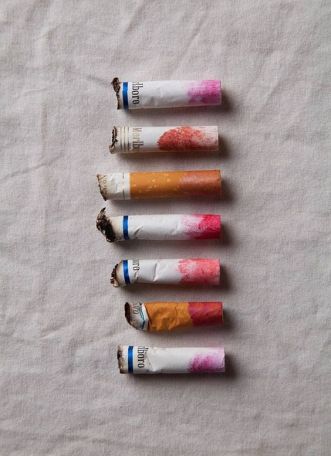 Ten whole years ago (fuck), my best friend and I were meticulously planning our 18th birthday party.

Location? The local rugby club. Partly because we’re September babies and all our underage mates could get served there, but mostly because that’s as far as our imaginations (and budgets) would stretch.

Dress code? Well. I wore a very small black sequin dress (which I’m pretty sure was from Peacocks) and Becky wore a glittery gold number. It’s funny, I felt SO grown up. Downing vodka-lime-and-sodas, I literally thought I knew it all. My god I was so clueless. We all were. But then you’re supposed to be blissfully clueless at 18.

I wonder, as I put some plans in place for my next looming birthday (still with Becky, thank God), how clueless you’re supposed to feel at 28?

Because honestly, at 27, I thought I’d got to a place where life would be pretty safe and steady. I thought I’d done enough groundwork to see me through. I was living in a lovely two-bed garden flat in London. I was planning my wedding. I’d just travelled for six months, beating a terrifying episode of OCD, I was finally being paid decent money to write. I had it all going for me.

And then, somehow, I didn’t.

Well, that’s not strictly true. I still have an awful lot going for me. I may be single and living back home, but I still have a successful career, a taste for travel, my mental health in check, and THE most supportive friends and family.

I actually feel closer to my 18-year-old self than I have done in years. Not because I’m sleeping in her dodgy pink and burgundy bedroom, but because we’re both on the precipice of something. 10 years ago, I had no idea what was going to happen next, and, right now, I kind of feel the same. It’s daunting, but everything I’ve learned leads me to believe that if you trust the journey, challenge yourself and follow your instinct, you’ll be more than ok.

I’d tell her to stop stressing. You’ll pass your A-levels, you’ll have a ridiculous time at uni and still get a good degree, you’ll get over that ex boyfriend, your acne will disappear, your hair will grow, you’ll learn the value of looking after yourself, you’ll develop your own style, you’ll move to London, you’ll work for free and it will be worth it, you’ll get the job you love, you’ll travel with the man you love, you’ll feel comfortable with who you are, you’ll learn to be true to yourself and trust no matter what. You’ll have your heart broken, you’ll break hearts, you’ll learn the value of true friendship, you’ll make terrible mistakes, you’ll go off the rails for a bit, you’ll have therapy, you’ll find your way. You’ll live, basically. And you’ll come out the other side stronger every time.

I kind of know what 18-year-old me would say back.

She would reassure me that if all of that can happen in a decade, just imagine where you’ll be in 10 years time. At 18 you were clueless. At 28, you’ve learned enough to know that feeling clueless leaves nothing but opportunity to learn and grow. You’re not supposed to know or have everything. Because where the bloody hell would be the fun in that?

So now I’m trying really hard to imagine what 38-year-old me might want to say at this exact stage in my life. To pre-empt any time wasted by not learning from the last 10 years. And I’m guessing it’s very much the same. Stop. Worrying. Stop trying to control what’s beyond your reach and just trust. Do not give up. Don’t you dare. Because there’s so much coming for you, if only you just open your heart and let it.