Summer solstice is fast approaching, provoking, as always, nostalgic thoughts of the year so far. As well as travelling, writing and getting engaged, I have thankfully found the time to read some bloody good books. So whatever your plans are for the next six months of 2016, I urge you to reserve time in your diaries for these life-enhancing reads.

The Secret History, by Donna Tartt

After I fell helplessly in love with The Goldfinch last summer, I decided I had better read Donna Tartt’s hugely successful first novel, The Secret History. The plots couldn’t be more different but there is the same strong undercurrent running through both novels: how far is too far? How necessary is it to push moral boundaries? And what are the consequences? The story is told by Richard, who unexpectedly finds himself as part of an elite, mysterious group of misfits in his first year at Hampden College. He becomes the otherness he used to observe, and is heavily involved in the brutal murder of a friend as a result. 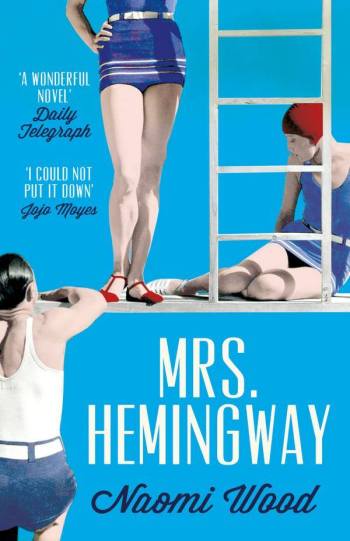 If you have ever loved been obsessed with someone you know is bad for you, please read this book. Played out between Ernest Hemmingway’s four incredibly different wives, Naomi Wood focuses sacrifice, identity, power, and all the cloudy areas in between for her chosen account of the character’s real-life intimacies. She unveils the human heart as the most complicated contraption. I spent most of the book loving to hate Hemmingway, and then I accidentally fell in love with him myself.

Life After Life, by Kate Atkinson

As someone who frequently experiences déjà vu and whatever the hell the actually is, I found the concept of Life After Life quite fascinating in a ‘why didn’t I think of that?’ kind of way. It depicts Ursula Todd, who lives her life over and over again every time she dies, with the added benefit of ‘knowing’ what might come next, without really knowing at all. The result? Killing Hitler, of course. I absolutely loved this book. It’s so clever. The heroine is such an inspiring character. She reminds us of the good we are capable in darker times, and that the unknown is not always something to fear.

A God In Ruins, by Kate Atkinson 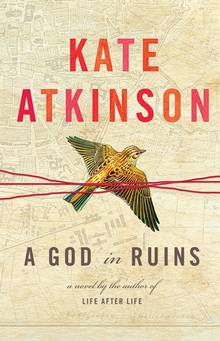 Not a sequel but a ‘sister book’ to Life After Life, A God In Ruins tells the full story of Ursula’s brother, Teddy. I would definitely still recommend reading Life After Life first; the juxtaposition between Teddy’s character as a boy in the first book and a (sometimes elderly) man in the second is too stark and purposeful to ignore. This book contrasts mundane routine with the ‘glory’ of war, reminding us of the discomfort and detachment there is to be found in both. Atkinson no longer plays God, but continues to play with time in a slightly unnerving way.

Reasons To Stay Alive perfectly expresses all the things you wish you knew how to say to someone suffering with depression, as well as to yourself. It also addresses and includes anxiety, bi-polar, OCD and many other mental conditions in the same breath. Acclaimed author Matt Haig wrote this book about his battle with depression and anxiety as a way of proving to other sufferers that a) talking about depression and anxiety is the first step to controlling it, b) there is always a light at the end of the tunnel, and c) you are never alone. Even if you think you know it all, reading this book will change the way you think about depression and anxiety. It is honest, funny and beautifully written.

The Last Act of Love, by Cathy Rentzenbrink

Easily the best book I’ve read this year, purely because it’s the bravest. Brace yourself before you embark on this incredibly moving journey with author Cathy Rentzenbrink. She wrote this book about love out of the purest love there is. She wrote this book about her brother, Matty, and how a car accident turned their lives into a living nightmare. Cathy Rentzenbrink is my newest idol. I suddenly saw sense in the ‘bad things’ in my life; the painfully uncontrollable things. Reading this book encourages you to accept more than you’re think you’re capable of, simply because the possibility of a love as strong as Cathy’s exists.

I would love to know your reading recommendations for the rest of the year! Comments below welcome, as always.

One Reply to “The best books I’ve read this year”