Despite the English-speaking natives and famous white-sand beaches, the Philippines still hasn’t quite found its way onto the typical travellers’ route. This is a good thing. Spanning over thousands of islands, there is still so much untouched, untainted paradise to discover. As with all less-trodden paths however, navigation and knowing what to expect is still a little harder to grasp than tourist-friendly Thailand. Planning a trip to the Philippines demands time and research, but I promise it will pay off in the end. Whatever you’re searching for, whether its the chance to experience traditional village life, see some of the most beautiful beaches in the world, be amongst a buzzing crowd of inquisitive tourists or find a secluded island of your own, this fast-rising country has more than your imagination is capable of. I was lucky enough to spend a month there, so here’s my recommendation of where to visit and why. 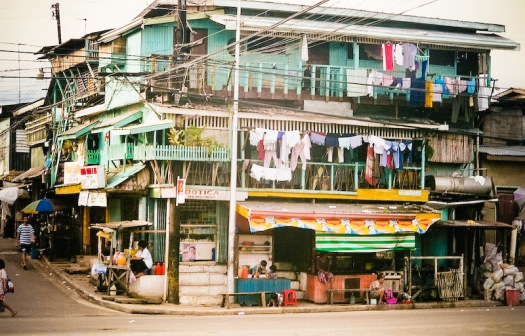 We flew from Singapore to Cebu in order to make our way through the mainland and up to the islands of Bantayan and Malapascua. We stopped over in Cebu City for the night and despite appearances (chaotic roads and concrete slums), we had the best evening at what looked like a seedy bar and turned out to be the best live cover band I’ve ever heard, at El Gecko Bar.

We stayed at Tropical Hostel, which was amazing value with really lovely staff. 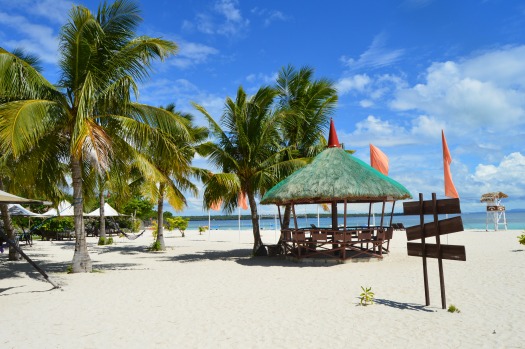 The very epitome of traditional island life, Bantayan is yet to succumb to mass tourism despite offering the most incredible beaches. We paid a tricycle driver to take us to ‘Paradise Beach’, which we had entirely to ourselves, and ‘Virgin Island’ which is another level of perfection, a short boat journey away. We bought fish from the local market which our boat driver prepared for lunch. The town, Santa Fe, comprises a few narrow streets of shops, food stalls and bars hidden beneath rows of Palm trees and pink flowers. It is such beautiful island.

We stayed at Sunday Flower Resort, which is right on the beach and feels like you’re living among the locals rather than staying as a guest.

We took a tiny boat that had no seats and kept filling up with water from Bantayan to Malapascua. It was terrifying and took 3 hours but is so much quicker than going back to the mainland to get the ferry. The water is really calm in March, otherwise I would have chosen the longer route! Malapascua is a tiny island with pure-white sand and incredible mountain views, built up solely for diving. The strip of dive centres doubles as beach-front restaurants, bars and hotels. We did a day trip with Evolution Divers, who have the biggest boat, and saw sharks, sea snakes and sea horses.

We stayed at Blue Corals, which has its own sunset bar out to sea and a private sun loungers on the beach. Although, we did have to shower using a bucket!

Kandaya isn’t an island or region in the Philippines, it’s a luxury resort on the northern coast of Cebu. It isn’t cheap, but it is the perfect option for a very special occasion. Joe proposed to me here, and it will forever be my ‘happy place’. Think ultra-modern villas on the beach, private infinity pools, horse stables, golf carts to ferry you about and a absolute tranquility.

Bohol is famous for two things: Chocolate Hills and Tarsias.  Chocolate Hills is a unique formation of huge coral-rock hills covered green grass that turns brown in the dry season, resembling a box of chocolates as far as the eye can see. Tarsias are the world’s tiniest primate and can only be found in Bohol. You can easily see both and much more in a one-day tour. I would also suggest the river cruise for lunch and Panglao’s lively Alona Beach for dinner and drinks.

We stayed at Villa Juana, just down from Alona Beach, and the hosts were so friendly. They drove us around to see the sights, feeding us sweets and satsumas. 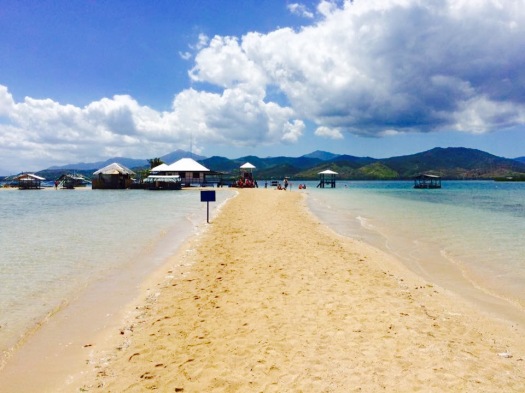 We flew to Manila to meet friends that had travelled all the way from the UK to meet us (that’s love) and the next day took another flight to Palawan. Peurto Princesa is the capital and is worth sticking around for before doing what most people do and heading up to El Nido. We did the Honda Bay island hopping tour which was amazing. Snorkelling, a beautiful sand bar, BBQ lunch and a pristine white beach (with added banana boat ride) to finish. We also did the underwater-river tour, which is astounding  to see but very touristy and long-winded as a day trip. Head down to Rizal Avenue or The Bay Walk for dinner (we loved La Terrasse).

We stayed at Julieta’s Pension House, and Julieta herself was the loveliest lady. We also stayed at the Acacia Tree when we passed back through, which is a beautiful hotel with a pool and clean, comfy, modern rooms. Probably my favourite hotel in the 4 months I’ve been travelling.

Located in the north of Palawan, El Nido has a reputation as one of the most beautiful places in the Philippines. The rumours are true. It’s stunning, and although busy, it’s also a lot less built up than I thought. A traveller’s paradise. The best beaches are off the mainland, so you’re completely dependant on sorting a boat for the day. We skipped the crowded tours and found a really lovely couple (Tom and Maddie who run Pink Pirate) that would take a different route to avoid the crowds. We were rewarded with having El Nido’s infamous ‘Big Lagoon’ to ourselves, dropping anchor right in the heart of it for a BBQ on the boat. Las Cabanas Beach is on the mainland, and has wonderful views of the Bacuit Archipelago (surrounding islands). It’s also home to a couple of beach bars with surprisingly good music, snacks and cocktails. The best thing about El Nido? The sunset. Grab a table and some tapas early doors at Republika Sunset Bar, or sea kayak your way across the horizon.

We stayed at Islandfront, which was right on Corong Corong beach and a short tricycle from Las Cabanas and El Nido Town. The views are incredible, which just about makes up for the lack of running water. We really embraced ‘island life’ here, and then we all got sick. So worth it though.

If you’d like more information about any of the places we visited in the Philippines, please don’t hesitate to comment below!